Beyond stuff: Making the shift to retail-inspired merch for your brand

In the spring of 1789, George Washington was on his way to becoming the first president of our promising young country. To commemorate his election, industrious artisans created patriotic buttons for his historic inauguration.

The buttons were made of metal (the kind you'd sew onto a coat). If you were lucky enough to snag one, you'd probably touch it, think about it, adjust it and admire it multiple times during the day. Neighbors would notice---and likely comment on--- people's buttons as they moseyed around the town square.

Here's where it gets interesting. The enterprising button makers sold the buttons rather than give them away. Sure, they could have tossed a bunch into the crowd and hoped for the best. Instead, people clamored to get their hands on a George Washington button. "Take my shillings!" they (probably) yelled.

It was pure genius to use something as simple as a button to create a common thread among the people and bring them into the story of the George Washington brand. Wearing that button signified that their values aligned with those of their country. They were part of something noble and important.

Promotional products have come a long way since 1789. We've gone from buttons to pens to water bottles to Beats headphones to NFTs. There are literally a million ways you can promote your brand. But, we've also evolved to a point in our history as humans where random "stuff" doesn't hold the same clout it used to. People want different. They want better.

It's time to think beyond the stuff we all get.

This is where retail-inspired merch can make a difference. Whether gifted as a high-end promotion or sold to customers who vibe with your values, merch can make a massive impact because it creates an unforgettable emotional response. Merch is no longer slapping a logo on random stuff and hoping people like it. Merch is a vibe. It's a curated experience. We are partnering with retail brands more than ever to bring higher-end items—like Anker Power Banks, Miir Drinkware and Moleskine journals--to the promo space.

WHAT DO PEOPLE REALLY WANT, ANYWAY?

Clients, customers and employees are not enigmas. They're human. Just like you. Chances are, they like the same kinds of things you do.

We've created an easy (and math-free!) equation for what people actually want. We call it The Keepability Factor.

It's simple, really. People hold onto what they love. And they love things that make them feel loved. See the theme here?

(Hmmm...maybe love really will keep us together.)

Buzztag is guided by the ethos that every piece of branded merchandise should feel like a gift. "I saw this and thought of you."

Last year, one of our clients wanted to give their employees a "wow" gift. You know, something they would treasure forever. We created an iconic Pendleton wool blanket with a charming branded leather patch. It came in a beautiful gift box with a personalized card sharing the brand's immense gratitude and hopes for the future. It was a smashing success. We heard stories of families wrestling each other for the blanket during movie nights. Many employees are still talking about the gift a year later.

PRO-MERCH OR PRO-PLANET? (HINT: YOU CAN BE BOTH)

The term "brandfill" is raising eyebrows lately as environmentally conscious younger generations sound the alarm for the proliferation of useless junk. You've likely been a recipient of uninspired promotional giveaways that inevitably find their way into the black hole of the "cord drawer," toy pile or donation box.

There's room in this world for cool things. People crave a retail feel. High-end branded merch becomes a sustainable choice when it's something people actually want. Remember, we keep what we love. Like the Pendleton blanket, thoughtful merch has the potential to become treasured items.

Landfills around the world would agree.

When you're obsessed with your customer's happiness, good things happen.

This is where Buzztag can help. We have a knack for knowing what people want. Everything we put into the world- ideas, vibes, strategies or branded merch that people will love- is on purpose and on point.

Let's talk about your next project! 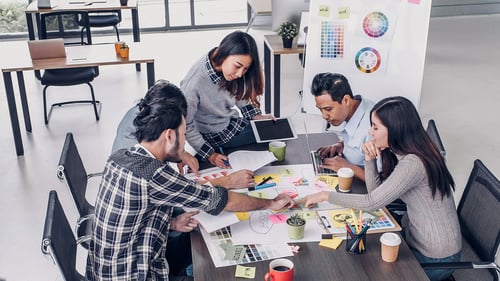 How To Fit Merch Into Your Marketing Strategy

Seth Godin, a hero around these parts, once said, “Marketing that works is marketing that people choose to notice.” 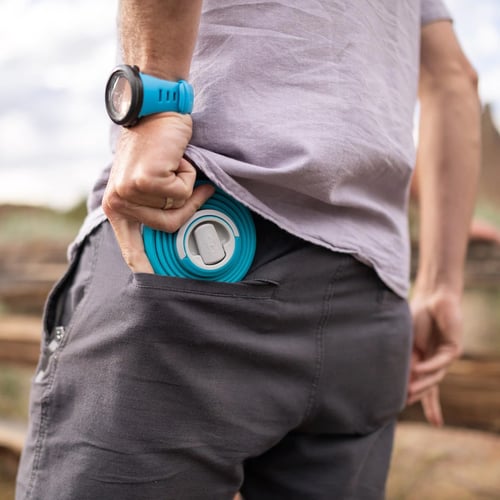 In a convention center filled with aisles and aisles of businesses competing to be seen and remembered, or a virtual event where all the attendees are remote, or possibly a hybrid mixture - things... 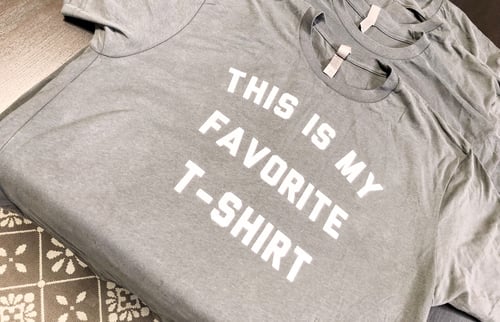 An ode to the humble t-shirt

Quick. Think about your favorite t-shirt. You know, the one you can’t wait to throw on after a long day. 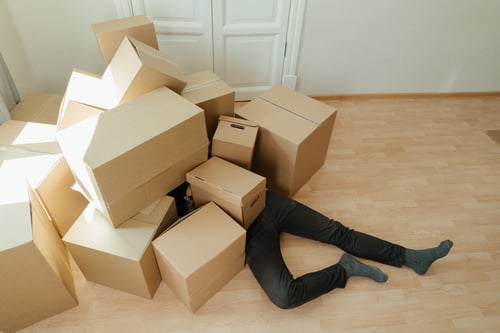 How To Manage Your Branded Merch Without Losing Your Soul

We all want things to be easy. Third-grade math. Cleaning the ceiling fan. Life.